Well over one hundred years ago the first recorded Catholic Mass in Bellevue was performed in the home of Patrick and Victoria Downey at the southern foot of what is now the Vue Crest neighborhood. The Downey’s immigrated from Ireland in the late 1800’s, settling in Bellevue.

The Downey’s were very strong Catholics, they had 13 children and were determined to give them a Catholic education. In the early 1900’s the quickest way to Seattle was by boat which is how the Downey children traveled to school.

The Catholic community in Bellevue grew and eventually the Downey home wasn’t sufficient for this population. In 1927 the first Catholic Church was built in Bellevue, the brick Gothic style building still exists today and sits in the same spot it was built on Main Street.

In 1940 the first floating bridge was built across Lake Washington which lead to exploding growth in Bellevue. Among that growth were faithful Catholics and soon there was talk of the desire for Catholic education on the eastside. In the late forties the Downey family generously donated the property which our church and school sit on today. It was this donation that led to the building of Sacred Heart School and Convent which was completed in 1952.

With the school and convent completed the faithful directed their focus on the need for a larger church and in 1955 a canvas began to raise funds for the new Sacred Heart church. There is a quote in the back of the 1955 canvas and it reads.

“Therefore, when we build, let us think that we build forever. Let it not be for present use alone; Let it be such work as our descendants will thank us for, and let us think, as we lay stone on stone, that a time is to come when these stones will be held sacred because our hands have touched them, and that men will say as they look upon the labor and wrought substance of them – ‘See! This our fathers did for us.'” Ruskin

The parishioners of the 1950’s did some very heavy lifting and in December of 1959 the first Mass was performed in the new Sacred Heart Church.

In 1993 a major renovation was performed to create the wonderful Church we have today.

Shock, despair and mourning in Syria amid ‘terror’ of the earthquake, bishops say 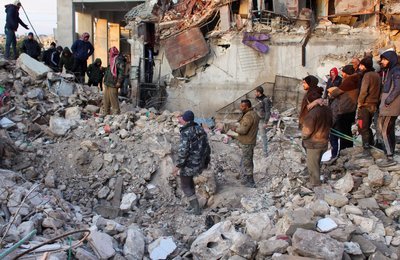 It seemed that 12 years of a bloody war should have been enough tragedy for the people of Aleppo and other Syrian cities. But in the early hours of Feb.… [...] 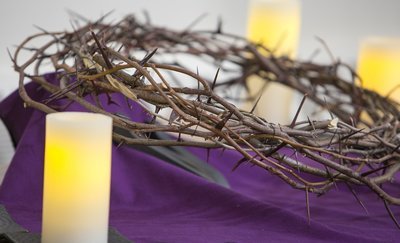 The experience of the sacrament of penance in the Roman rite will be slightly different this Lent, thanks to approved changes in the English translation set to take effect in… [...] 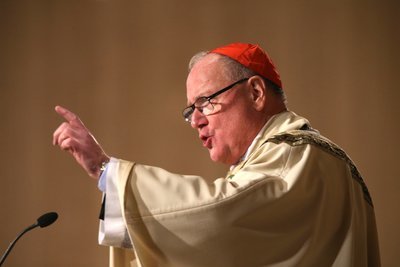